D is for Daddy

This post, which I know is going to make me cry, is dedicated to my Daddy. He has been the most important person in my life for just about my entire life. While I was always close to my mother, I always felt just a little bit closer to him.

He is not your typical father. He has a strong appreciation for music. He is an artist, focused on oils and acrylics. He loves fine arts and good literature. He loves all things British, as well as the Golden Girls. He also has a wicked sense of humor, that my sister and I have inherited. My friends who are on Facebook are regularly complimenting his witty remarks on my statuses and posts.

He doesn't care about sports, though he does get into the Michigan games that I make him watch whenever I am home. He tinkers around the house, but isn't exactly the handyman type. He also was an amazing gardener who taught me a lot of what I know. Apparently, I have also taught him quite a bit. And, he has finally become a phenomenal cook.

My parents met 39 years ago, and have been married for 38 years. (I must interject that there is a Golden Girls reference here, as Stan and Dorothy were married for 38 years before their divorce. My parents aren't divorced, but are now separated as Mom is in a home....:-)) For those who really want to, you can read about their meeting and wedding, which is definitely the most unique one I've found thus far. 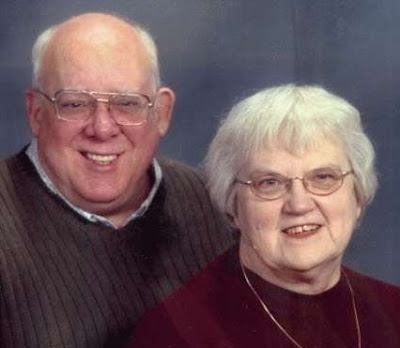 Each of my parents has always been strong in their own regard. When everything started to happen with my mother, my father and I both leaned on his mother. She was the rock, the matriarch of the family. She quickly became a mother figure for me, more than a grandmother, because I didn't really have one anymore. Unfortunately, she finally passed away in September of 2010. She was a ripe old 95 years young. But I remember the day that my mother's sister-in-law stopped by to give her condolences. She told me that I was the new matriarch of my family. That was tough to take.

For us to then essentially lose my mother less than six months after my grandmother seems almost cruel. But what I have found is that my father has developed a new sense of strength that I don't think he realized he had in him. He has had to be the one to go through all of the meetings, and filing of paperwork, and all other requirements. My sister and I could make few phone calls on his behalf. Pretty much we could only coach and assist from afar.

Daddy is also learning how to be a bachelor all over again. It is weird and sad to be on your own again after almost 40 years. It is also liberating for him to not have to worry anymore. I am proud of him for finding his strength.
Posted by Andi at 3:54 PM

Email ThisBlogThis!Share to TwitterShare to FacebookShare to Pinterest
Labels: challenge